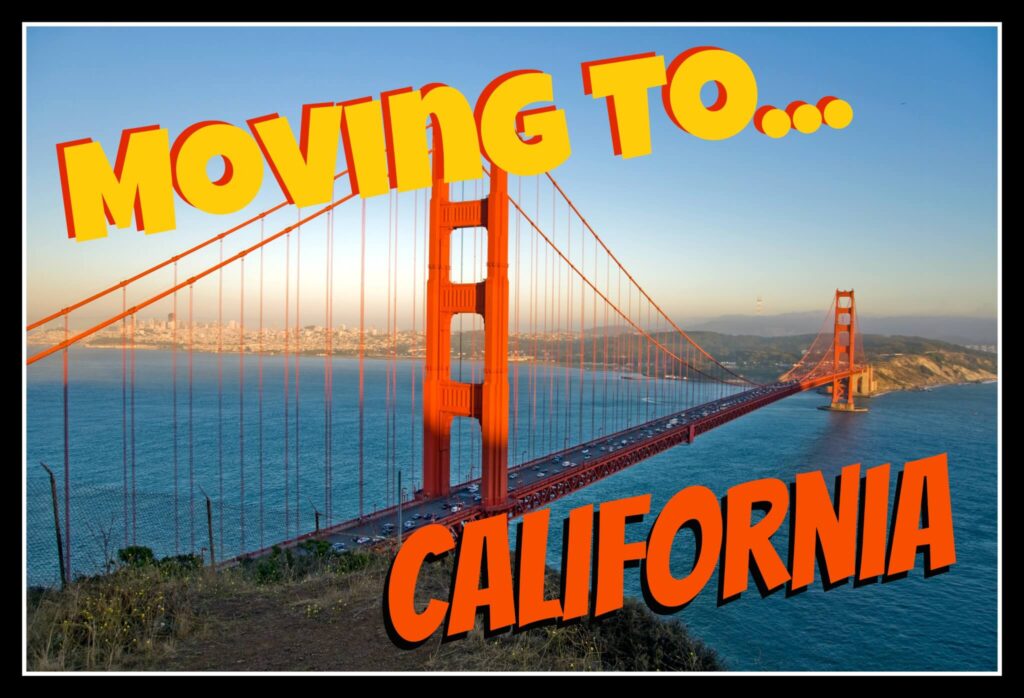 California and Florida may be on opposite sides of the country, but there are plenty of similarities between The Golden State and The Sunshine State. Both are known for their beautiful beaches and gorgeous weather, they each lay claim to a Disney park (as well as a variety of other theme parks), and they even share an interest in the nation’s orange production.

However, moving to California will still provide you with a different scene than Florida. California is much larger and more populated; in fact, it’s the most populated state in the country, housing 1 out of every 8 Americans. It also tends to be much more progressive than the rest of the nation in terms of politics, lifestyle trends, and innovations in business and technology.

If you’re planning a move from Florida to California, you’ll have plenty of the stuff you’re used to (beaches, mild winters, and fresh produce year-round) but you’ll be introduced to a culture and lifestyle that might be just the change you’re looking for.

If you’re used to the political “mixed bag” that is Florida (known as a “purple state”), you may want to prepare yourself for the heavily “blue” state of California. While there is definitely a lot of variety across the state in regards to political leanings, Californians as a whole have voted for the Democratic presidential candidate in every election since 1992. If being surrounded by people with the same political views as you is an important factor in deciding where to live, make sure you do your research on the most liberal and most conservative areas of California when deciding where to settle down.

With mild weather year-round and easy access to both the beach and the mountains, healthy, active lifestyles tend to be the norm in California. Your cross-country move is the perfect opportunity to take up surfing, roller blading, yoga, hiking, or mountain biking. And with fresh produce year-round, you’ll probably find yourself eating healthier (and maybe trying out a new diet fad!).

As in any state, the cost of living in California varies depending on the area you’re moving to. But overall, the cost of living will be higher across California than in Orlando. If you’re short on funds, moving to Sacramento will be less of a hit to your pocketbook, while San Francisco will require a much larger salary to cover the cost discrepancy.

Keep in mind that California does have a state income tax (unlike Florida), so you will have to consider that when calculating your new budget needs. Search the job market, the real estate market, and use a cost of living calculator to determine the best course of action before you accept any job offers.

California is a huge (and diverse) state, spanning nearly two-thirds of the entire West Coast. This gives the state’s 38 million residents room to spread out, settle in, and create communities that are as diverse as the rest of the nation. Take some time to learn about each of these areas before you decide which one is right for your family.

The top job industries in San Francisco are tourism (roughly 17 million visitors left their hearts here this year), banking and finance, and technology. So if you’re looking for a banking or finance position, consider working at Charles Schwab and Wells Fargo, which both have headquarters here. In the tech sector, big players like Twitter, Facebook, and Yelp have headquarters here, and nearby Silicon Valley has been a tech mecca for 30 years.

One word that tends to best describe San Francisco is “progressive.” Forward thinking people and ideas are big here: there is a thriving gay and lesbian culture, recycling is a way of life, and innovative thinkers flock to the Bay Area to collaborate and come up with new ideas. The nearby city of Berkeley is considered the most liberal city in California (and, arguably, the nation).

The weather is consistently mild year-round, with dry summers and mild winters. Summer temperatures range from 70 degree highs to 56 degree lows and winter temperatures hover between 47 and 57 degrees. You should also make sure your car’s fog lights are working. The famous fog rolls all year, but is especially common during the summer and winter months. Want to get familiar with the San Fran fog before you go? Follow him on Twitter (@KarltheFog).

It will come as no surprise that the film and television industry has a big impact on the L.A. job market. But Los Angeles also has the largest  manufacturing workforce in the country (with a focus on apparel). See? You don’t have to be an actor (even a struggling one!) to find work in L.A.

When it comes to the L.A. lifestyle, the area is very Hollywood. Because the TV/film industry is so big here, it’s likely that everyone you meet will have some connection with the big screen. Healthy, active living is also huge, with trendy diets and workouts finding their footing among the rich and famous. However, the atmosphere is casual and laid back (much like you’re used to on the Florida beaches back home).

The area is known for it’s sunny days and mild winters (no need for a heavy winter coat). Summer temps range from 65 to 76 (much better than Florida’s 95 degree Augusts!) and winter temperatures fluctuate between 48-degree lows and 65-degree highs.

The most popular job markets in San Diego are manufacturing, defense (San Diego has the largest concentration of military in the world), and convention/visitor tourism. Conventions and tourism is the 3rd largest industry in the city, bringing in an average of 30 million visitors per year to “America’s Finest City.” (Yes, that is the official nickname!)

With excellent weather year-round, and a pervasive “laid back” attitude, San Diegoans know how to have fun! Active living is huge; with the beach so close by, it’s hard not to jump in for surfing or kayaking. Beer lovers will be thrilled to know that craft beer is a way of life in San Diego. It has been nicknamed “The Craft Beer Capital of America” and houses almost 100 breweries.

The average daily temperature in San Diego is 70 degrees, but this varies depending on where you are in the city (based on elevation, distance from the coast, etc.). The sun is out nearly every day, with only 42 days per year with any measurable precipitation.

As the capital of California, naturally government is a top industry, but transportation comes in at a close second. Intel and HP both have manufacturing locations in Sacramento, making technology manufacturing another important sector. And—with Napa Valley nearby—agriculture is a popular job industry as well.

If you or your family enjoy a “slower pace” than the hustle and bustle of San Fran or L.A. has to offer, then Sacramento might be the perfect choice for you. Even though it is the capital of the state, Sacramento isn’t a “big city.” It’s also centrally located between Napa Valley, Lake Tahoe, and Yosemite, meaning you’ll be within driving distance of plenty of fun activities.

Temperatures throughout the year are closer to Orlando’s weather, with winter temperatures remaining fairly mild (54-degree average highs, and 38-degree average lows) and summers getting much warmer than the coastal cities (92 is the average high in September). The area gets a bit more rain than L.A. or San Diego, about 20 inches per year, with most of the rain falling during the fall and winter months (the opposite of Orlando).

Whether you’re planning a move to California for a change of scenery or for more of what you’re used to in Orlando, give Cento Family Moving a call. Our moving crew has helped customers relocate to each one of the lower 48 states (including California) and we can help you, too. Call for a free quote today!