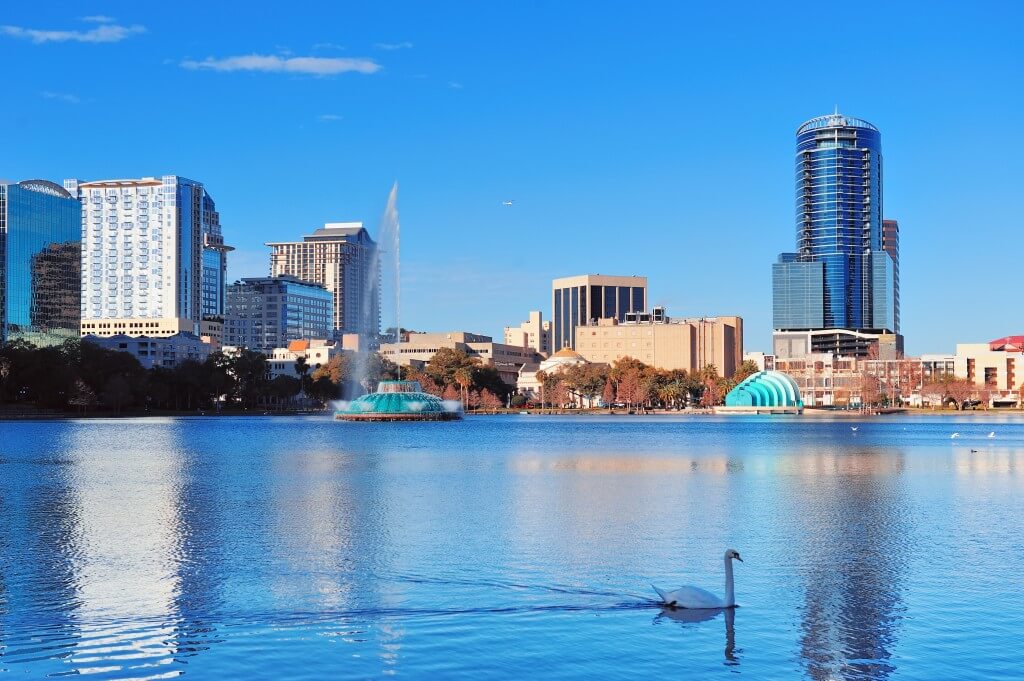 Are You Moving to Orlando?

Orlando is one of the world’s most popular tourist destinations but, every year, thousands of families decide to make Orange County their permanent home.

If you’ve recently decided to move to Orlando, you’re in luck! Orlando is home to much of the best that Florida has to offer…all in one convenient place. So whether you love music, sunbathing, Mickey Mouse, or dancing the night away, you’ll be right at home in O-Town.

With more than two million residents in the greater Orlando area, you might doubt your chances when it comes to finding a job in Orlando. But don’t worry! Between the hospitality industry, a variety of academic institutions, and a thriving tech scene, Orlando’s job market is thriving.

In fact, Wallet Hub rated Orlando as #18 on its list of Best Places to Find a Job. Plus, Orlando’s cost of living is 5% below the national average and the average real estate price is well below $200,000.

With these kind of opportunities (combined with the fact that Florida has no state income tax), you’ll wonder why you didn’t move to Orlando long before.

Orlando residents know the theme parks aren’t the only places to hang out and have fun during their spare time.

Downtown Orlando’s clubs, bars, and lounges come alive at night. Take in a live concert or sporting event (locals love to cheer on the Orlando City Lions and Orlando Magic). Or walk around a free shopping center, such as Disney Springs or Park Ave. (in Winter Park) to grab a bite to eat and go people watching.

Looking for a bit more culture? Check out one of the area’s cool art or science museums, like the Orlando Science Center or Menello Museum of art. Orlando also has plenty of theaters where you can view independent films and plays. (The Orlando Fringe Fest and Orlando Film Festival are popular for a good reason!)

The Orlando Farmer’s Market sets up at Lake Eola (in downtown Orlando) every Sunday, so you can pick up produce, baked goods, art, or simply relax and enjoy a stroll.

No matter where you are, you’re never far away from fantastic restaurants and beautiful parks. And when you need to soak up some sun, the beach is only 45 minutes away. (Just far enough to put you out of a direct hurricane hit.)

Since you are considering moving to Orlando, it’s important to know how to get around the city.

The main method of transportation is a bustling roadway system, highlighted by the main thoroughfare, I-4. I-4 bisects the state from Tampa to Daytona Beach, and runs right through the middle of downtown Orlando.

If you want to avoid I-4 traffic—most residents do—there are plenty of toll roads that provide a quick route to anywhere you want to go. Most residents have an E-PASS device so they don’t have to stop and fish around their car for quarters.

If you’re hoping to get around using public transportation, it’s possible…but you’ll have to plan your living situation carefully. The Lynx bus service can get you to most (but not all) areas of the city, from Disney to Downtown, Altamonte Springs to Clermont. Florida’s high water table makes subway systems impossible, but the SunRail commuter train runs from DeBary to Kissimmee throughout the day.

Orlando has more than 100 neighborhoods, but there are also plenty of surrounding cities that often get lumped into the Orlando metro area. From Sanford in the north to Clermont in the west and everywhere in between, finding your next hometown will be a walk in the park.

Expand your real estate search to these in-demand areas:

After you’ve lived in the Orlando area for long enough, you’ll notice that just about everybody was born someplace else. This helps create a level of diversity that you don’t find in most cities.

Yes, there are plenty of Caribbean and Brazilian natives who now call Orlando home, but you’ll also meet plenty of people from throughout the country and the world. And having New Yorkers, Californians, Midwest transplants, and British expats all in one place really does remind you that “it’s a small world after all.”

Living in Orlando, you can take advantage of this multi-cultural scene in the best ways. Visit some Polish or Puerto Rican eateries, go shopping at a Vietnamese market, or take a flamenco class.

Move to Orlando With Cento Moving

From work to play and everywhere in between, Orlando is at the top of everyone’s list.

When it comes time to choose your moving company, make sure you go with another top pick: Cento Moving. Our moving crew has helped families just like yours move to nearly every state in the country and we can help you relocate to Orlando, Florida, or anywhere else. And with our full suite of moving services, you’ll barely need to lift a finger.

If you’re moving to Orlando, you’ll want to know exactly how much it will cost.

Get a FREE Quote now.

Proud Member of the Professional Movers Association Of Florida