Cheapest States To Live In 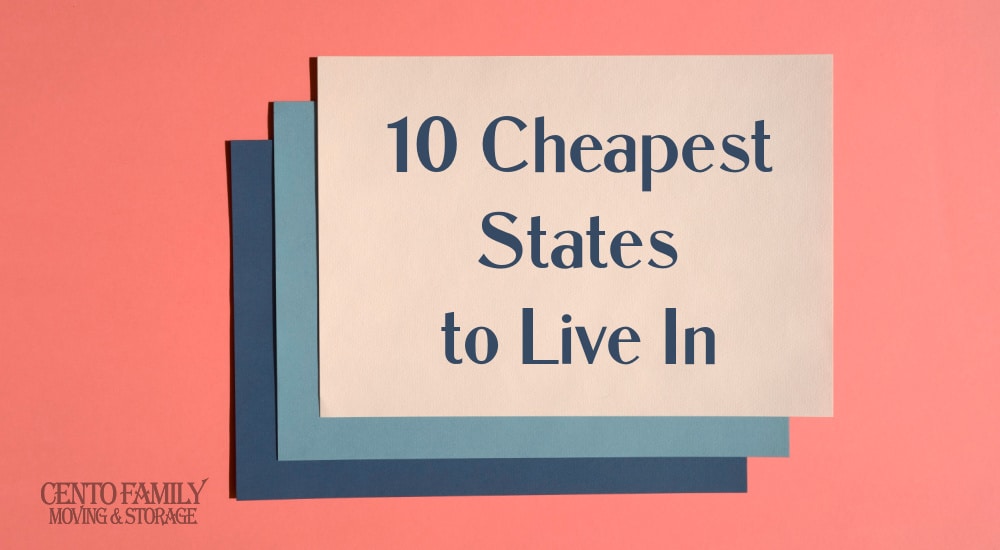 Whether you’re looking to move or just curious, you might be wondering…

…What are the cheapest states to live in?

The past 12 months have brought plenty of changes and challenges. Rather than commuting to work, going out to eat, and attending events, people are spending more and more time at home. And while it’s been wonderful to spend so much time with your family, you may have started to feel the pinch in other ways.

Your house may be too small to fit all of you comfortably. And buying a bigger place? You simply can’t afford it.

For many Americans, this is the time to pull up stakes and move somewhere else.

10 Cheapest States to Live In

Every state has its own set of advantages but these 10 states have the added benefit of having the lowest cost of living in the country. 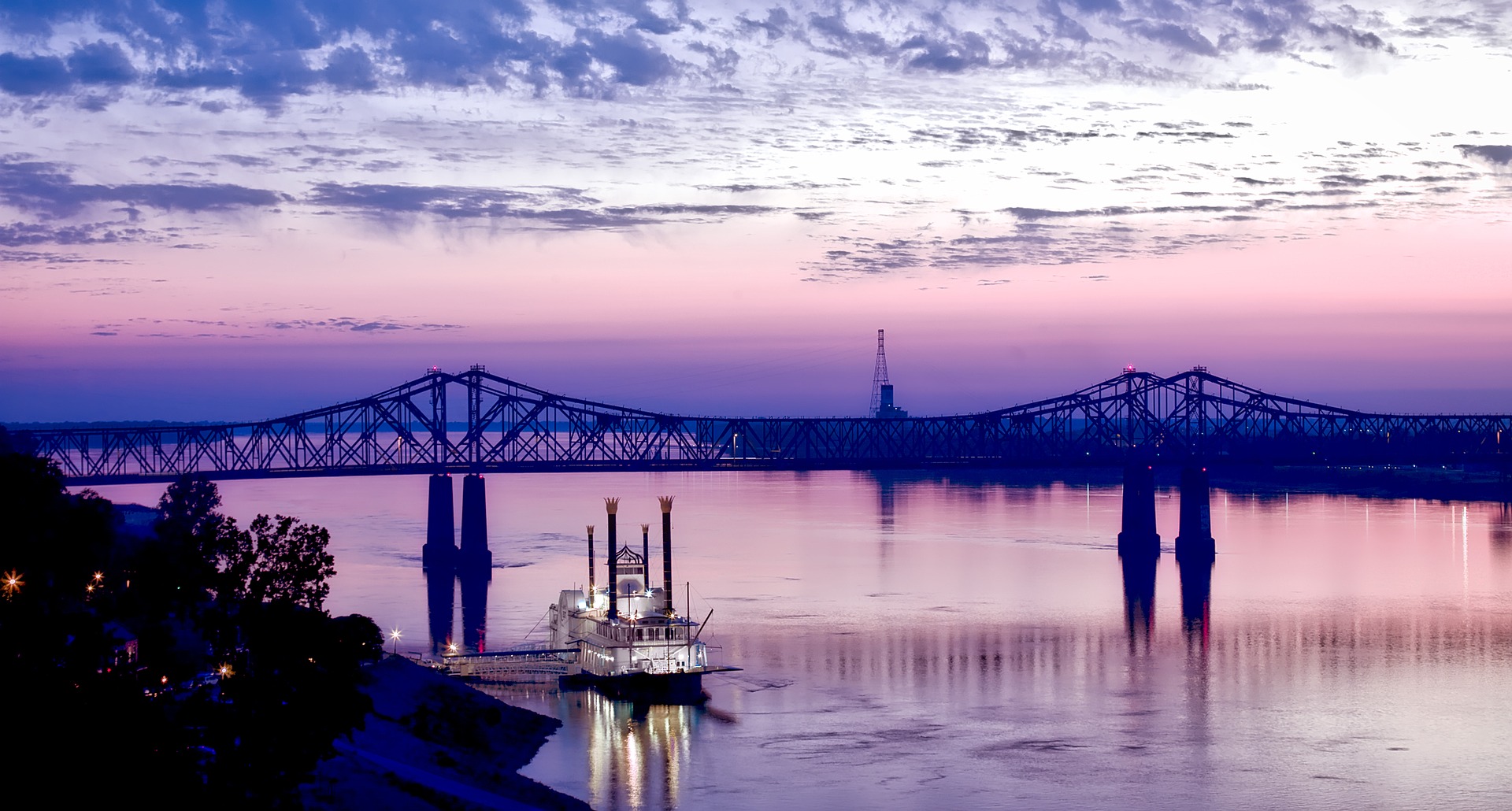 As a rural state, Mississippi is one of the least populated. If you don’t like crowds, you’ll find plenty of places to settle. And if you’ve always dreamed of homeownership, you’ll be delighted to learn that Mississippi has the lowest housing costs in the country.

History lovers, this one’s for you! Mississippi is rich in history that dates back several centuries. In fact, Mississippi history dates back from the time of the Civil War all the way up the civil rights movement.

Hoping to get a degree to better your job prospects? Mississippi has more than 50 colleges to choose from!

Just about everyone who moves to Arkansas mentions the gorgeous weather and stunning views. Temperatures above 90 or below 40 are rare and there is plenty of natural beauty to enjoy. From hiking trails to lakes to drift on, you’ll never be lacking in natural adventures.

Another perk? The awesome food! Since it is also a rural state, mom and pop shops/diners are abundant. Chicken fried steak, anyone?

Beyond the Broadway musical, you might not be familiar with Oklahoma. But that’s sure to change!

Get ready to make plenty of new friends. Oklahoma City has been rated among the top five friendliest cities. Its residents are known for being laidback, friendly, and diverse.

Speaking of which, Oklahoma is one of the most diverse in the country. Nearly half of residents under 18 are people of color.

And if you’re moving to look for work, Oklahoma is more than just “OK.” According to the Bureau of Economic Analysis, Oklahoma has had one of the biggest economic growths since 2009 compared with the rest of the US. 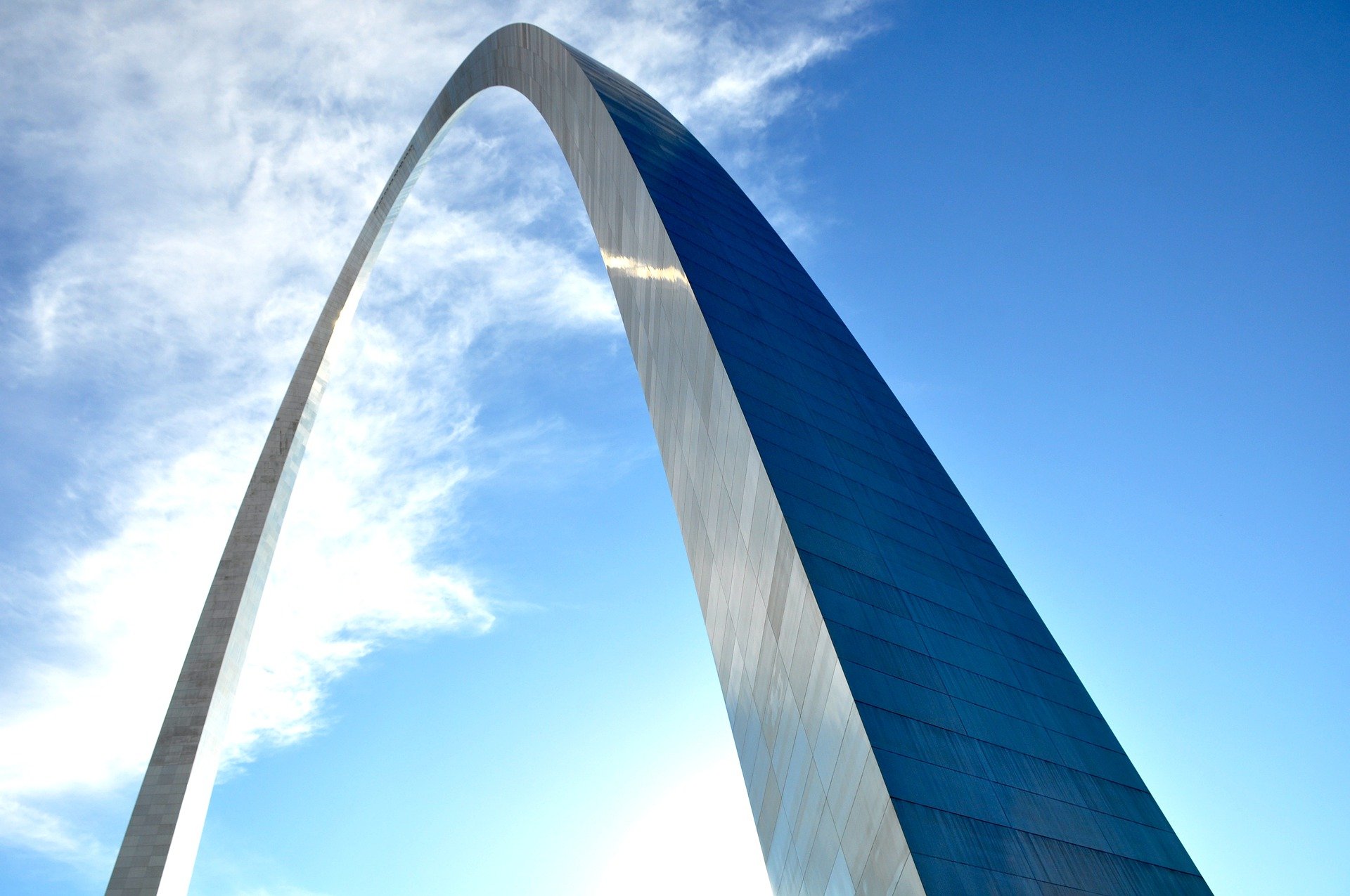 When thinking of Missouri, there probably isn’t much that comes to mind (besides Branson). You certainly don’t think of excellent healthcare and delicious wines, but that’s exactly what you’ll find!

Missouri is home to St. Luke’s Hospital, which ranks second in the United States for adult care. (Perfect for nurses and doctors looking for work.)

Love wine? Move over, Napa! Not only is Missouri home to many vineyards but, because vineyards need a lot of tending, it creates thousands of jobs a year.

The thing that Missouri is (rightly) famous for is their amazing BBQ. Missouri is ranked no. 4 in BBQ restaurant quantity.

New Mexico is known as “The Land of Enchantment” for good reason.

The area has sweeping views of picturesque landscapes and a rich Native American heritage. In fact, you can have your new place decorated in no time with authentic pieces made by the Native American people that still live there.

And once you’ve settled in, get out and explore! And the area isn’t all arid deserts. From mountains to rivers to forests, you’ll never be bored on your day off. Bonus: Desert sunsets are out of this world!

When you’re ready to come back inside, why not try one of the state’s many wineries? NM has vines that have been growing since the ‘60’s! 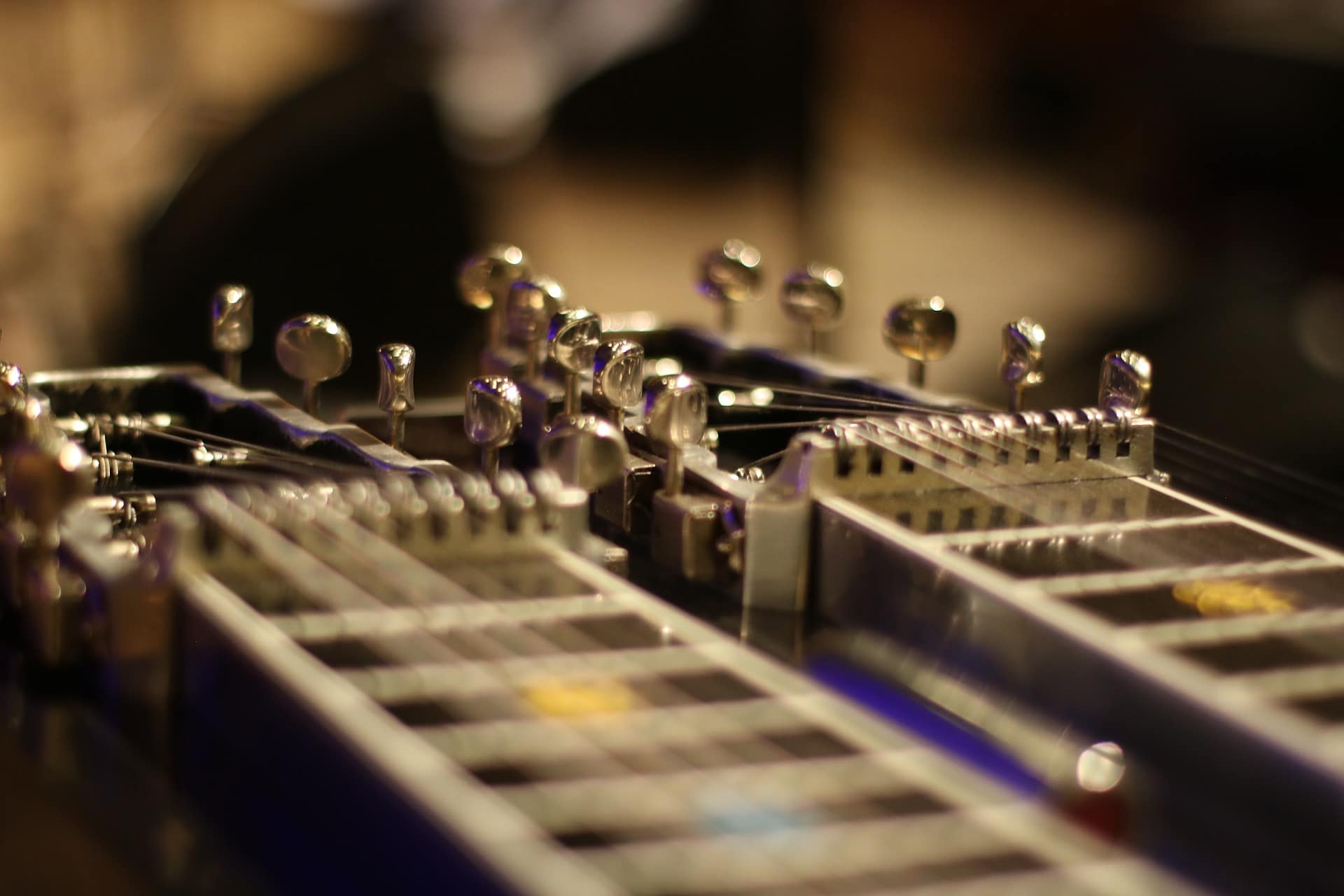 Tennessee is known for many things…namely music and whiskey. But you won’t just find Jack Daniel’s here. The area is peppered with distilleries that specialize in everything from bourbon to moonshine.

Between the music festivals, Nashville, and Graceland, Tennessee has a rich music history from jazz to blues, bluegrass, country, and yes, even rock n’ roll. Being that the state houses the Grand Ole Opry, let’s just say your Friday nights will be hoppin’ (especially if you partake in that moonshine, too).

Always wanted to earn your degree? Tennessee offers free community college! Yes, you read that right. If you’ve been a citizen of Tennessee for at least a year and don’t already hold a degree, there is no tuition. Seeing as how the average cost of a 2-year degree is almost $7,000, you could save a ton of money and further your education. Win/win!

One of the best things about Michigan is…four seasons! If you’ve been living in the South for a while, you might be sick of our version of “four seasons”: Summer, More Summer, Excruciating Summer, and Mildly-Cold-Days-With-Hot-Days-Mixed-In. If you’re ready for snow, fall colors, a blooming spring, and mild summers, the Great Lake State is for you.

And if that’s not motivation enough, consider why it’s known as “The Great Lake State.” Michigan touches four of the five Great Lakes and no matter where you stand in the state, you’re never more than 85 miles from the water.

But you’ve got to get back to work sometime and, after a long struggle, Michigan’s economy is showing signs of recovering. Unemployment rates have been low (and holding steady) so finding a job should be a snap.

It has a reputation for being flat and boring, but there’s a lot to enjoy here!

Kansas gets a rap for being a rural state, and although it is, there are plenty of “big city” excursions just around the corner. It’s home to many museums, zoos, and gardens, and the big cities are a great weekend trip! 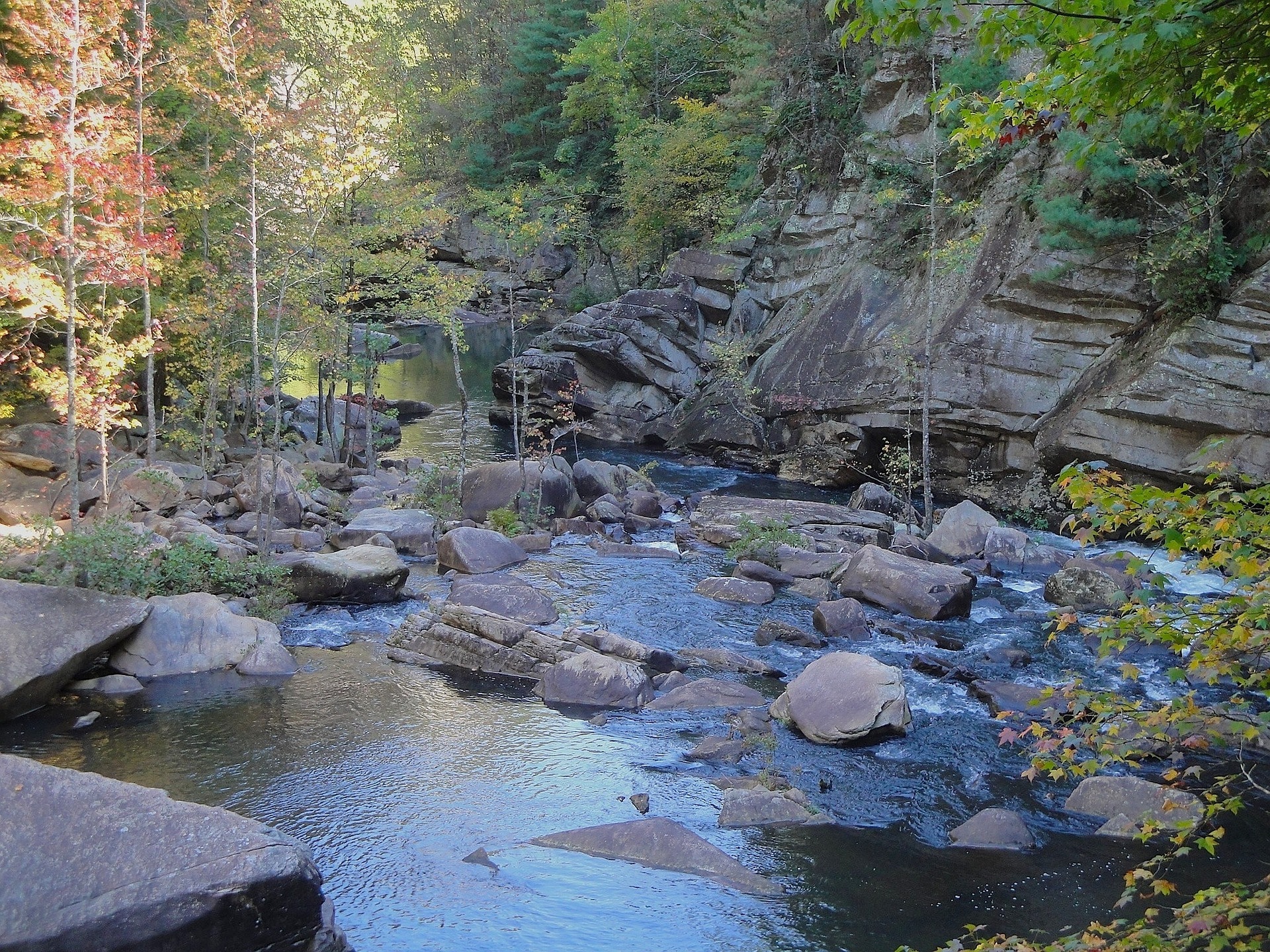 Nestled between the Florida heat and the Appalachian mountains, you get so much terrain diversity all in one short drive! Long-term Floridians may find the summers familiar, but winters are short and mild with an occasional dusting of snow (the perfect amount).

You get to experience some cooler weather (and some fall colors, too!) without having to worry about blizzards.

But it isn’t all nature. Georgia boasts some of the coolest cities in the country. Take a European-inspired walk through Helen, enjoy the Southern charm of Savannah or take in the sites in Atlanta. (Kids and adults of all ages will enjoy Coca-Cola World and the Georgia Aquarium.)

For a start, it’s not too populated. After a year in a global pandemic, many people are opting for “socially distanced” states over heavily populated cities. If you’re looking for peace and quiet this is definitely the state for you.

Like sports? College football is so popular, it’s seen as blasphemy if you’re not a fan. And what goes better with football than beer? Take a tour of some local breweries before game day.

So there you have it. Those are the top 10 states that continuously make the lists for cheapest states to live in in the United States.

Whether one of these states is where you’re moving or you’re just browsing cost of living, remember here at Cento Family Moving & Storage, we vow to move your precious goods across the miles safely.

At other moving companies, your valuables may be transferred to outside couriers or stored in a locker for the next company across state lines to pick up. But at Cento Moving, we take full responsibility for your belongings from start to finish.

Once your items are loaded on our truck, we drive them to your next address. No one else touches your stuff from the time it’s on the truck to the time we unpack it at your destination. This keeps everything safe and secure.

Fill out our convenient online form for an instant quote. 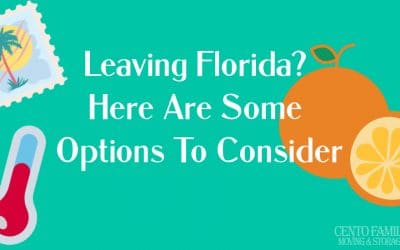 Leaving Florida? Here Are Some Options To Consider 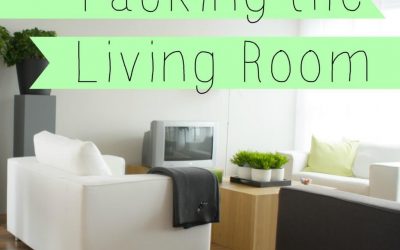