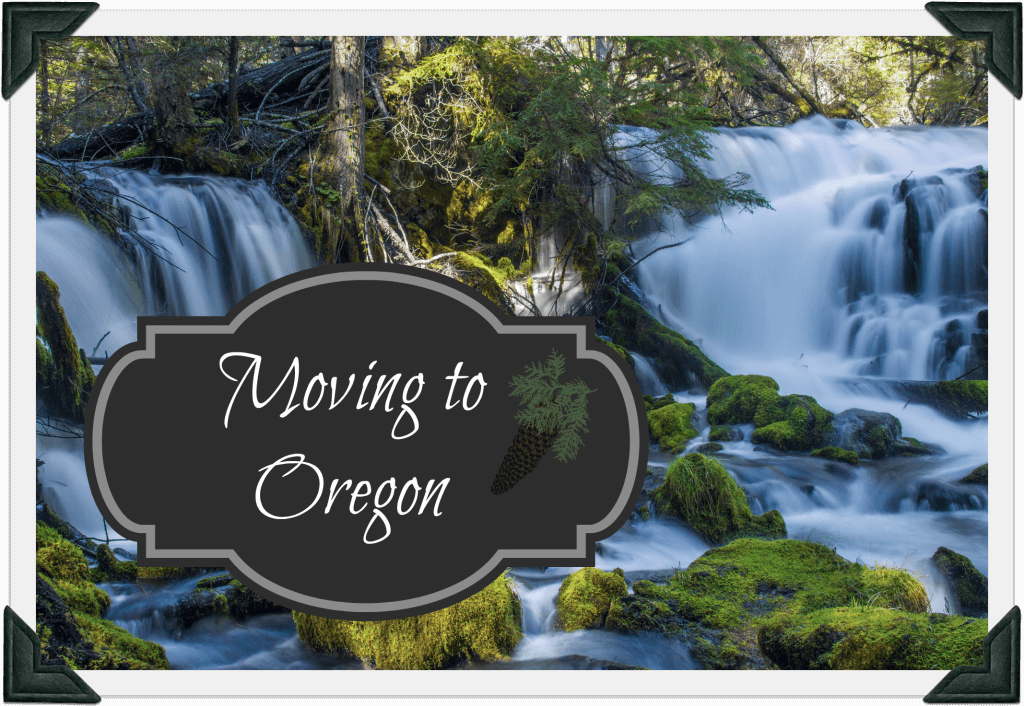 Wondering what the #1 moving destination was last year? No, not Central Florida (though it might feel like it). It wasn’t NYC or Chicago or even L.A.

Yep. Though it may be spoofed on shows like “Portlandia,” Oregon remains a top choice for relocating Americans. And once you delve into everything the state has to offer, it’s easy to see why. Oregonians have an independent, free-thinking spirit, as evidenced in the state’s motto: “Alis Volat Propriis” (“She flies with her own wings.”). And while the weather may be drizzly, the untamed beauty of Oregon’s rocky coastline, pines, and rainforests (yes, rainforests!) is unrivaled.

So pack your bags and consider moving to Oregon!

Oregon’s come a long way from its days as a major logging supplier. Nowadays, you’ll find the headquarters of some major U.S. companies here. Columbia Sportswear, maker of high-quality outdoor gear, is headquartered in Portland. Nike, Inc. has headquarters in Beaverton. And Medford, OR is home to Harry & David, distributors of delicious gourmet gift boxes.

But if you’d rather work for a smaller company, you’re in luck! As the nation’s economy improves, so does Oregon’s job market, and many businesses are offering fun incentives (free food, foosball tables, and massage chairs, just to name a few) to help build their workforce.

Oregon gets a bad rap for being constantly rainy, but the rainfall across the state is as varied as it is across the county. The Eastern parts of Oregon contain deserts that will make you think you’re in New Mexico, but the rainforests on the West Coast will make you wonder where the sun is. The upside of living in the Pacific Northwest is the fairly mild climate. Temperatures across Oregon tend to stay in the 80’s during the summer and drop down to the high 30’s in the winter.

Portland is Oregon’s largest city, with more than 600,000 residents. And while the TV show Portlandia may be satire, there’s some truth to its portrayal of the city as “Hipster Hollow.” Residents are progressive and trendy when it comes to pretty much everything, from politics to music to food (there are more than 400 food carts and they’re all different). What’s more, the city is very green. Locals raise their own chickens and grow their own food, and an urban growth boundary protects nature from the ever-encroaching urban sprawl.

While part of Eugene is made up of University of Oregon students, the other part is proudly “hippie” (as opposed to “hipster”). Affordable rent and great schools (some even have language immersion programs) make Eugene a great place to raise a family. And don’t restrict your house hunting efforts to a certain school district. Eugene’s “open school” policy lets parents send their kids anywhere they want. It may be rainy more days than not, but that doesn’t quell the “running” scene. This “Birthplace of Nike” turns everyone into a runner. You’ll probably need a quick jog after a visit to the city’s many wineries.

While living in California, New York, or Washington will require a much higher increase in salary to maintain your Florida standard of living, Oregon offers a pretty even trade. Housing will likely be your largest expense, but there is no sales tax and the minimum wage is 9.25/hour (one of the highest in the country).

The state income tax works on a bracket system, with an average rate of 9% (for income between $8,000 and $125,000). The good news? Oregon taxpayers can subtract their paid federal income taxes from their state taxable income.

So, what type of lifestyle can you expect from Oregon? The big cities’ “hippie” vibe will expose you to plenty of new music, food, and people. The vast amounts of green space will allow you to fit in some exercise while you experience the beauty of an untamed rainforest. The beaches may not be as warm or sandy as they are in Florida, but they are all free access (by law). Visit any time you want! And all this hustle and bustle gets to you, you can wind down with a visit to any of the state’s 250+ wineries.

Ready to join the rest of the country in moving to Oregon? Don’t wait: call Cento Family Moving & Storage today for a free quote on relocating you to your new West Coast home. We’ve moved Florida residents to nearly every state in the country and we’re excited to help you, too.